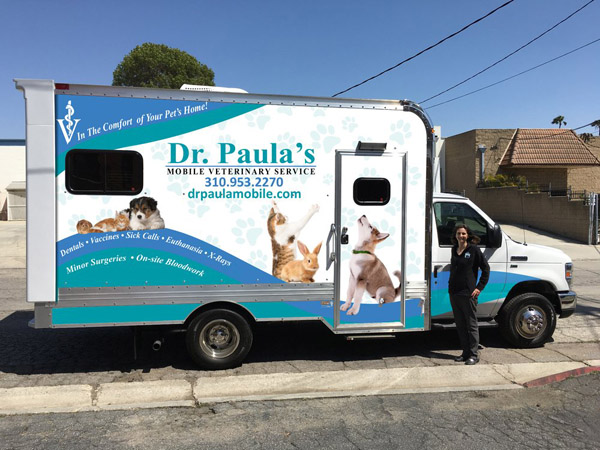 Dr. Paula Aycock was born and raised in Southern California near Rancho Palos Verdes. The niece of a neurosurgeon and ophthalmologist, Dr. Aycock showed an interest in medicine at a very early age, absorbing the stories her uncle and aunt would tell when she was a child. When the family cat had kittens on her brother’s bed, she could not be pried away from the miracle. As a six year old, her favorite toy was a PlaySkool doctor’s bag which she once used to diagnose an ear infection in the family’s golden retriever.

Dr. Aycock attended the University of Arizona as an undergraduate where she pursued a Bachelor’s Degree in Animal Science. She graduated in 2001 with academic distinction and was on the Dean’s List. In 2002 she received her Master’s Degree from the University of Arizona in Agricultural Education. She worked briefly as an educator, and then returned to California to attend Western University of Health Sciences in Pomona where she graduated with a degree in Veterinary Medicine in 2007. Dr. Aycock is the former president of the California Veterinary Medical Association, as well as the American Veterinary Medical Association, and  of the American Veterinary Behavior Society.

Dr. Aycock believes in working hand-in-hand with her clients in order to provide the best care possible for their pets. She believes that educating the community is an important step in keeping animals safe and healthy. She has spoken at her daughter’s elementary school to encourage and inspire the younger generation to consider veterinary medicine as a career option, but to also be conscientious and loving pet owners. She has done talks at other various schools along with the Boys & Girls Club and Los Angeles County Public Health Department.

Dr. Aycock lives in Grass Valley at her Boarding and Rescue with her husband, three young daughters, and several pets including two dogs, named Bishop and Deacon;  four cats,  named Blythe, Whiskers, Louie, and Sparrow. She also has two Guinea named pigs Zappos and Carmel; and three named horses Legend, Lonestar and Bo. Dr. Aycock enjoys spending time with her family, horseback riding, and being involved in community events. She has been featured in the Penninsula People, Rolling Hills Living, the Sierra Vista Herald, and the Los Angeles Times.

Find us on the map